Posted at 09:15h in news by Central Square 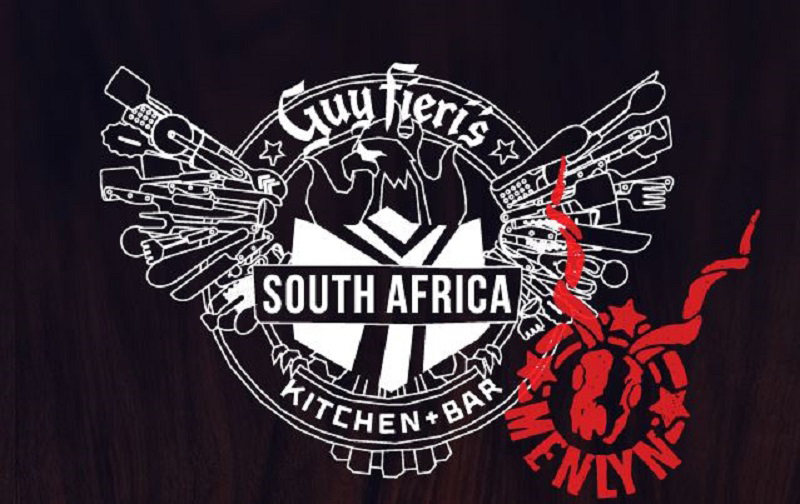 American chef and celebrity television food personality Guy Fieri is bringing his take on guilty culinary pleasures to South Africa, with the April opening of his branded restaurant in Pretoria.

American celebrity chef Guy Fieri is known and loved for his various shows on the Food Network (DStv channel 175), including Diners, Drive-Ins and Dives; Guy’s Big Bite; and Guy’s Grocery Games. And he is now offering South Africans a chance to sample his interpretations of fast food staples at his new restaurant, which opened in Pretoria’s newly revamped Menlyn Maine shopping mall on 1 April 2017.

Guy Fieri’s Kitchen + Bar is in the Maine’s R4-billion hotel and casino development. It joins a range of other quality gourmet restaurants, including Forti Grill, by South African chef Fortunato Mazzone, and Something’s Cooking, owned by J’Something (Joao da Fonseca) from top local band MiCasa, who is a passionate foodie himself, blending the tastes of his home country Portugal and Mzansi.

Watch J’Something cook up something special on his Youtube channel below:

Fieri’s South African endeavour joins his other popular restaurants around the world, including high profile venues on Las Vegas’s Sunset Strip and in Times Square in New York City, as well as 50 other branded food outlets, including Guy’s Burger Joints, serving on the entire luxury tour fleet of Carnival Cruise Liners.

The menu includes, of course, his legendary signature dish, the Bacon Mac-N-Cheese Burger.

While not for the faint-hearted nor health-conscious, Fieri’s award-winning reputation for, as he calls it, “not fast food, but good food served quickly”, guarantees healthy portions served with side orders of classiness and value-for-money.

“South Africans work hard for their money,” he told Times LIVE. “They deserve to be able to take their family out for good food and a good time. We’re bringing the heat and excitement of Flavourtown but at local market prices so it’s accessible to everyone.”

And Fieri hasn’t forgotten to include some local flavour in his offerings.

“If you’re going to do South Africa, you got to have some scratch-made rubbed and sauced peri-peri chicken wings, right? You’re not going to find grilled springbok loin from Mokopane in New York City but after trying it in South Africa, I may have to change that.” 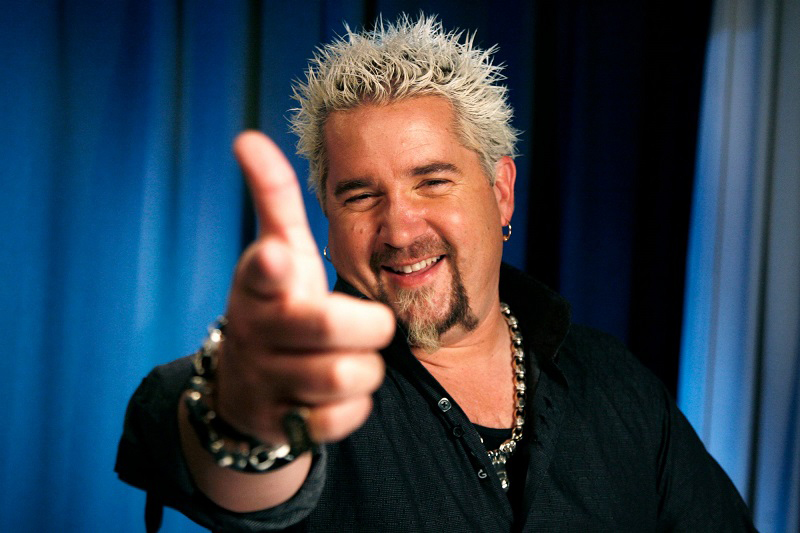 Who is Guy Fieri?

Fieri began his food career making and selling pretzels on street corners, which financed his culinary studies in France.

Together with a Bachelor’s degree in hotel management and almost 20 years of experience in restaurant management, he found sudden fame when he won the Food Network’s 2016 Next Food Star reality show contest. It led to his first series, Guy’s Big Bite.

Fieri is also the co-author, with Ann Volkwein, of five New York Times bestselling cookbooks, based on his Food Network shows.

Promising “comfortable seating, a great bar and rocking music”, Fieri hopes to make the new South African addition to his restaurant chain the beginning of a long and fruitful relationship with South African food lovers.

For more information about Guy Fieri’s Kitchen + Bar and other food and entertainment attractions at Menlyn Maine, visit the website here.