Posted at 09:37h in news by Central Square

Construction on Sun International’s R4-billion Time Square casino and hotel development in Menlyn Maine, Tshwane, is fully on track, with the casino due to open on time in April 2017. 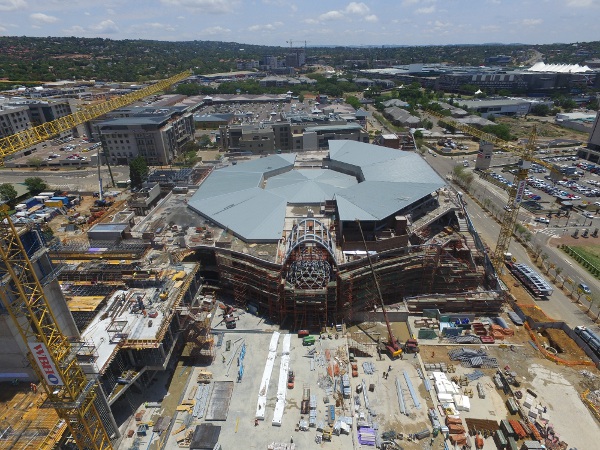 This will be followed by the 8,000-seat Arena in September 2017 and the hotel complex in March 2018. Gaming equipment will start moving onto the site in February.

Time Square – which will be the second largest casino in South Africa (after GrandWest) with 2,000 slot machines and 60 tables – represents the biggest development in the hospitality, gaming and leisure industry since the construction of Sun International’s GrandWest Casino in Cape Town, in 2000.

“About 10,000 direct and indirect jobs will have been created during the construction and the initial fit-out and start-up phase. The development will also generate considerable revenue for both provincial and national government by way of taxes and gaming levies. It is anticipated that around R1.7-billion in gaming taxes and VAT will be generated in the first five years of operation at Menlyn Maine and the total estimated revenue to Government from the project over a five year period is estimated at around R2.7-billion.”